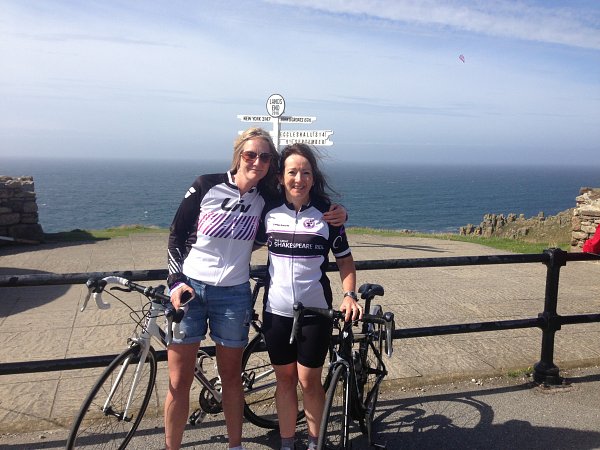 Carolyn Skelton already knew that eating healthy and being active are key elements for leading a healthy lifestyle. For the last 10 years she has been struggling to keep her diabetes under control, and although she needs to take medication she feels better when active. In April 2015 she joined Stratford Cycling Club – in order to improve her stamina and to be motivated to get out on her bike more than once a week! This is when she decided to cycle from Land’s End (the most southerly point of England) to John O’Groats which is at the most northern tip of Scotland.

So, last December with her friend Caroline Mann she signed up for the LEJOGchallenge over nine days with Deloitte’s Ride Across Britain, which they have been running successfully for several years.

In September after lots of training she successfully completed the charity ride, having cycled all of the 972 miles and having climbed every hill, something she says she could not have done a few years ago, but admits it was extremely exhausting. “Every day I felt a real sense of achievement”. The views were beautiful; everyone was so friendly and helpful and she ate loads; something she can’t normally do, due to high sugar levels.

She raised over £2,000 for the Shakespeare Hospice, the fabulous local charity that provides care and support to patients and their loved ones who are affected by life limiting illnesses.