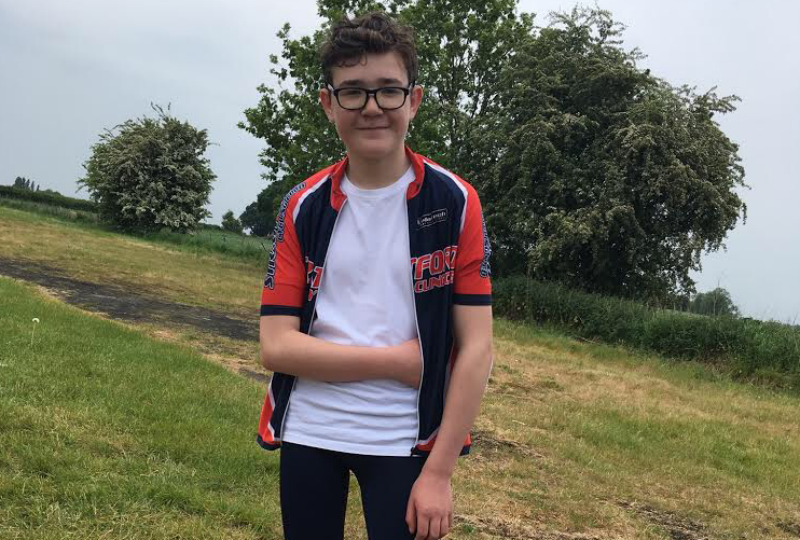 Stratford riders were in action at the Lichfield CCC Youth races at the Curborough Sprint Circuit on Saturday 26 May, part of the West Midlands Youth Circuit Series.

The U12 races saw Spencer Corder (riding under the Rotor team banner), Alex Burden, Lewis Tinsley, Joshua Darlow and Sam Abbott riding in the Boys race with Zoe Parker in the Girls. Matthew Jordan and Luke Brennan raced in the U14 Boys.

Racing for the U12 was a mix of fast attacks and almost Sunday leisure ride pace with the pack winding back in attacks and looking set for a bunch sprint finish. There was solid racing throughout the field, and the largest number of girls racing for some time. By the final lap the pace was winding up for a big finish, which ended with Spencer taking the flag, Alex in 3rd, Lewis 6th, Joshua 8th and Sam competing well amongst his bunch coming in 18th.

In the Girls U12, Zoe found herself soloing for most of the race to finish a hard-earned 5th.

In the U14 race both Stratford riders Matthew Jordan and Luke Brennan started well and rode with the pack for the first two thirds of the race. Halfway round lap 13, another rider made contact with Matthew's back wheel causing him to crash along with three other riders. Despite cuts/grazes to his elbow, hip, knee and a wonky bike after having been ridden over by other riders, Matthew rejoined the and finish the race finishing in a creditable 22nd place

Luke narrowly avoided the crash but lost contact with the lead group as a result and finished the race in 25th place. In the process setting a "personal best" in CC racing by finishing on the same lap as the leaders. Thanks to the St John's ambulance team for cleaning up all those involved in the pile up.

Well done to all who raced, and if all riders could try and remain on their bikes for the next report, that would be most appreciated... 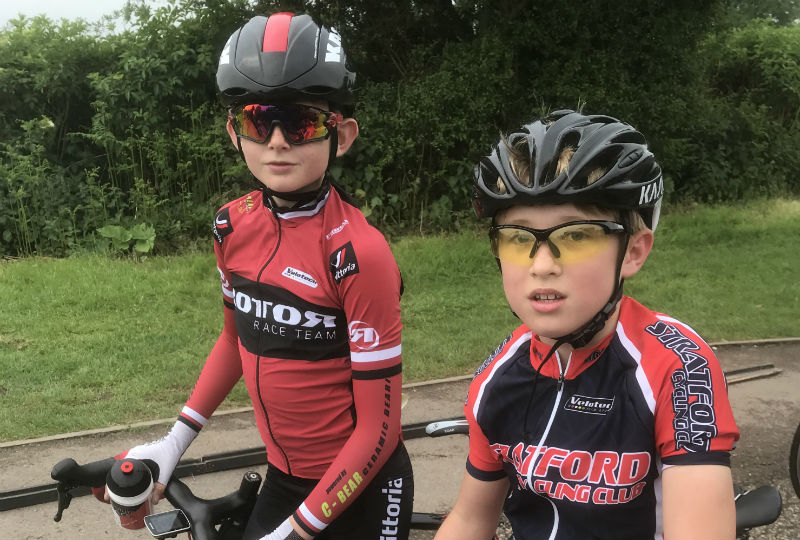 Spencer and Sam after the race 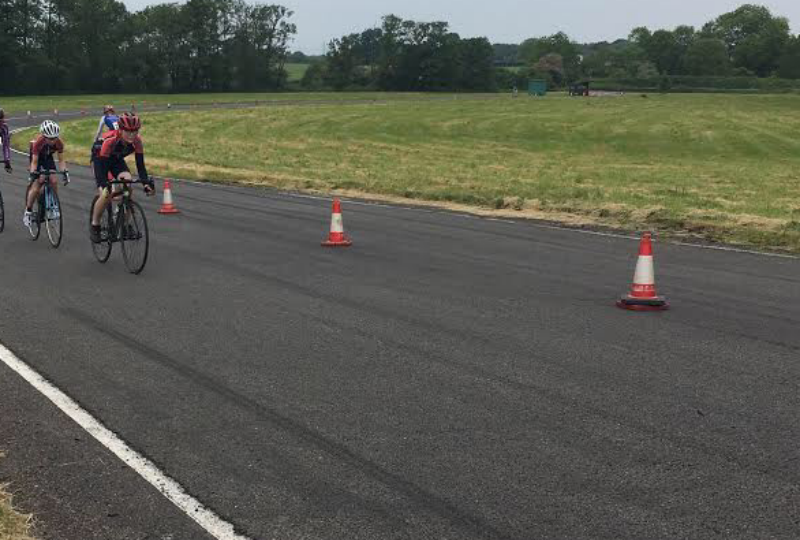